Back on Board in Monastir

After a month in the United States and forty hours of travel time from San Francisco, we finally arrived back on board Moonshadow.Other than a coating of dust and rust, she was in pretty good shape thanks to guardianship provided by Mohammed and his staff from the yard at Monastir, who looked after her while we were away for seven months.A few days of scrubbing and polishing and we had her looking pretty tidy once again. 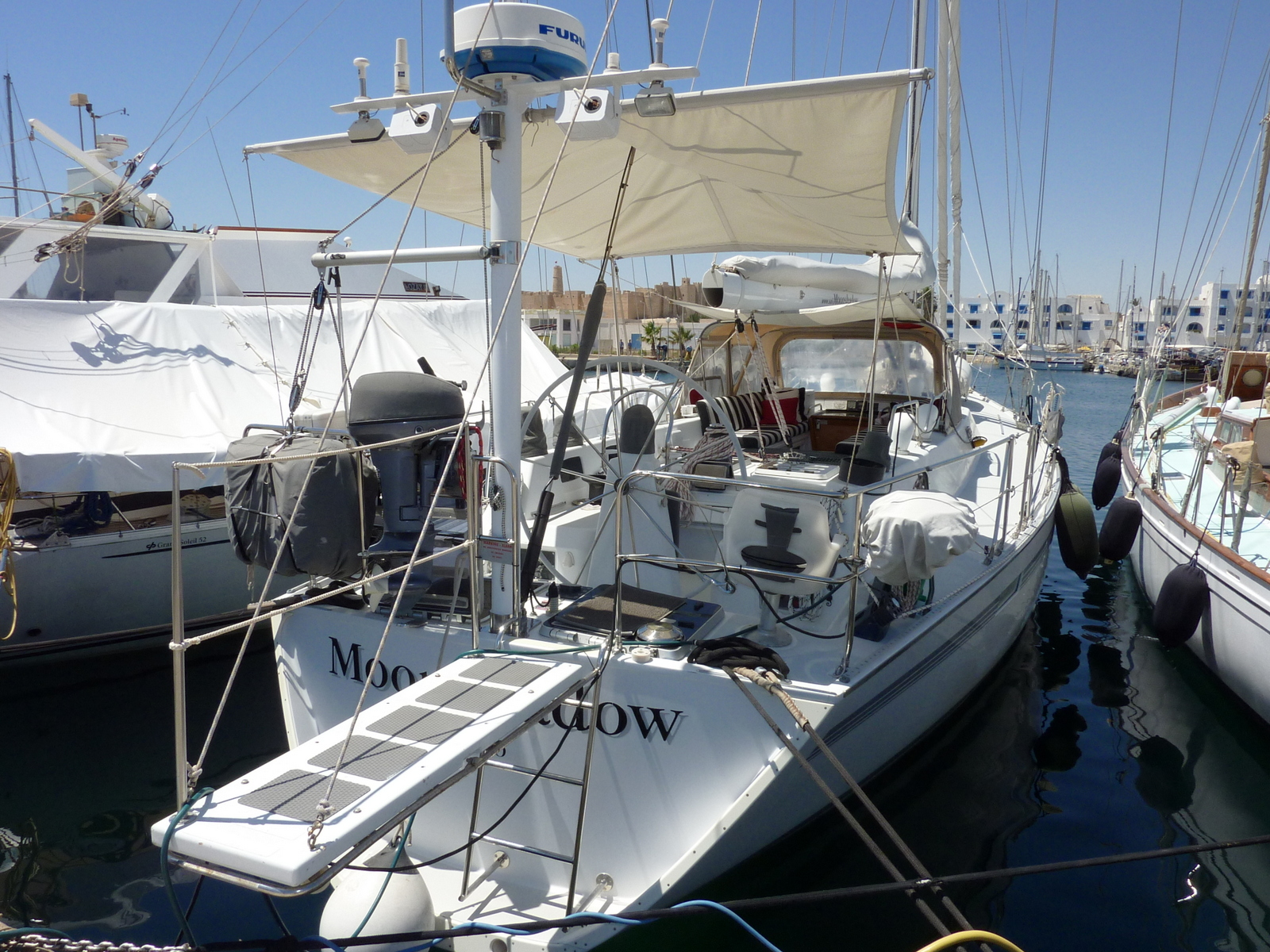 Moonshadow after a tidy up.  Notice the view of the Ribat (old fortress) just under the bimini top.

Boat supplies in Tunisia are about as hard to find as wine during Ramadan.   Once again we filled a cheap suitcase purchased at home on TradeMe with various bits and pieces we had accumulated in New Zealand and the States.  The jobs resulting from this windfall of parts and supplies, as well as the process of recommissioning would keep us busy for two weeks.  Boat washing is a near daily occurrence in Monastir as the prevailing westerly winds carry along a fine greasy dust that coats everything.  Walking on decks moist with morning dew will leave a set of brown footprints requiring brush work to remove.

Merima made endless trips on her bicycle to the town of Monastir to the three supermarkets, the local market, and the Souk, which is sort of like a flea market set up near the fishing port each Saturday.  Compared to her European neighbors to the north, food prices in Tunisia are quite cheap, so we took the opportunity to put in a good supply of non-fresh provisions to carry us well into the cruising season.  We also discovered some very drinkable Tunisian wines that can be had at €5 to €10 and added a few bottles to our “drinkable ballast.”  Boukha, the local fire water made from figs, is quite nice and similar to Italian grappa.  Forget buying imported booze in Tunisia as it will cost you well over $100 for a bottle of anything with a brand name you’ve ever heard of. 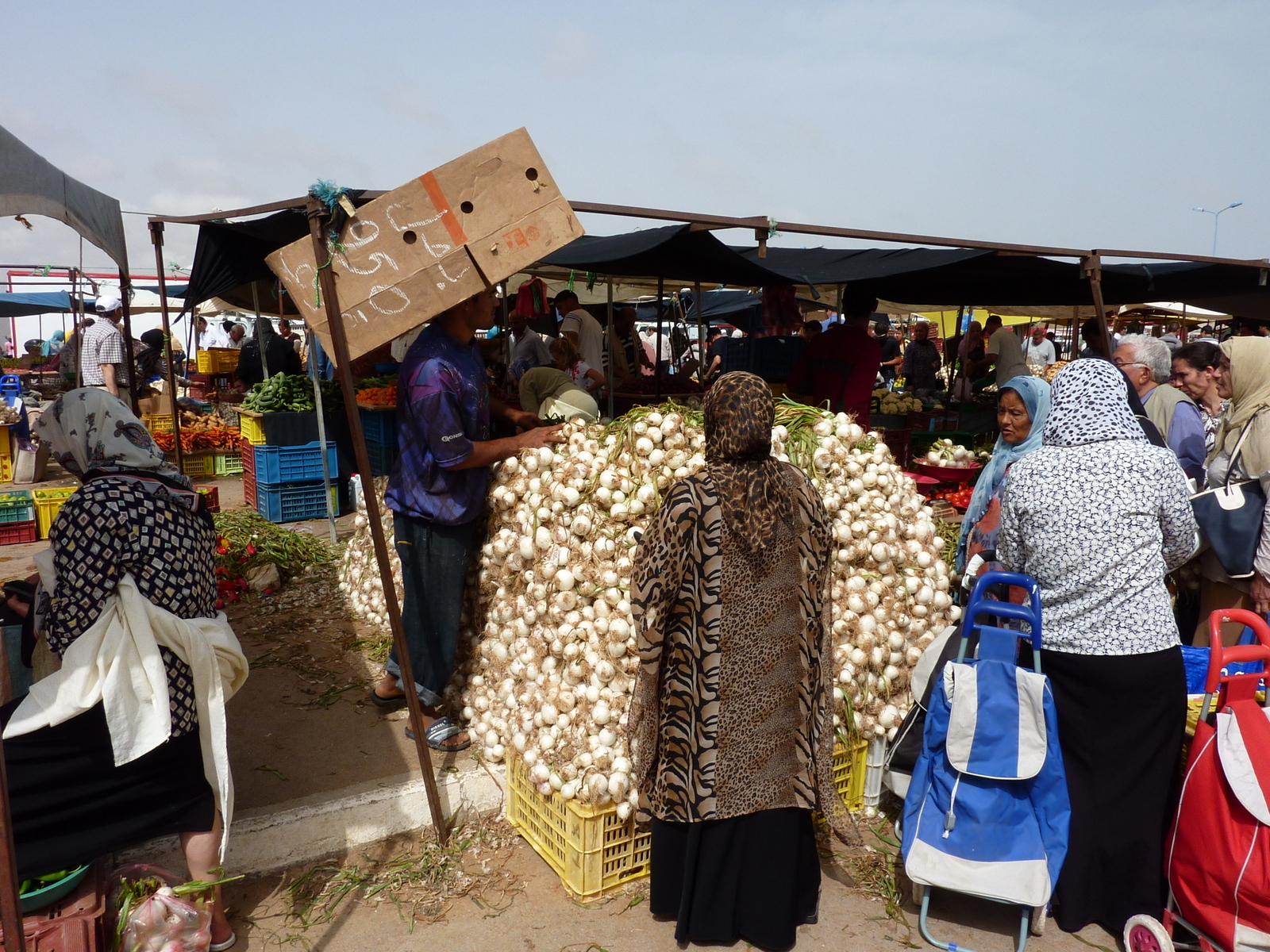 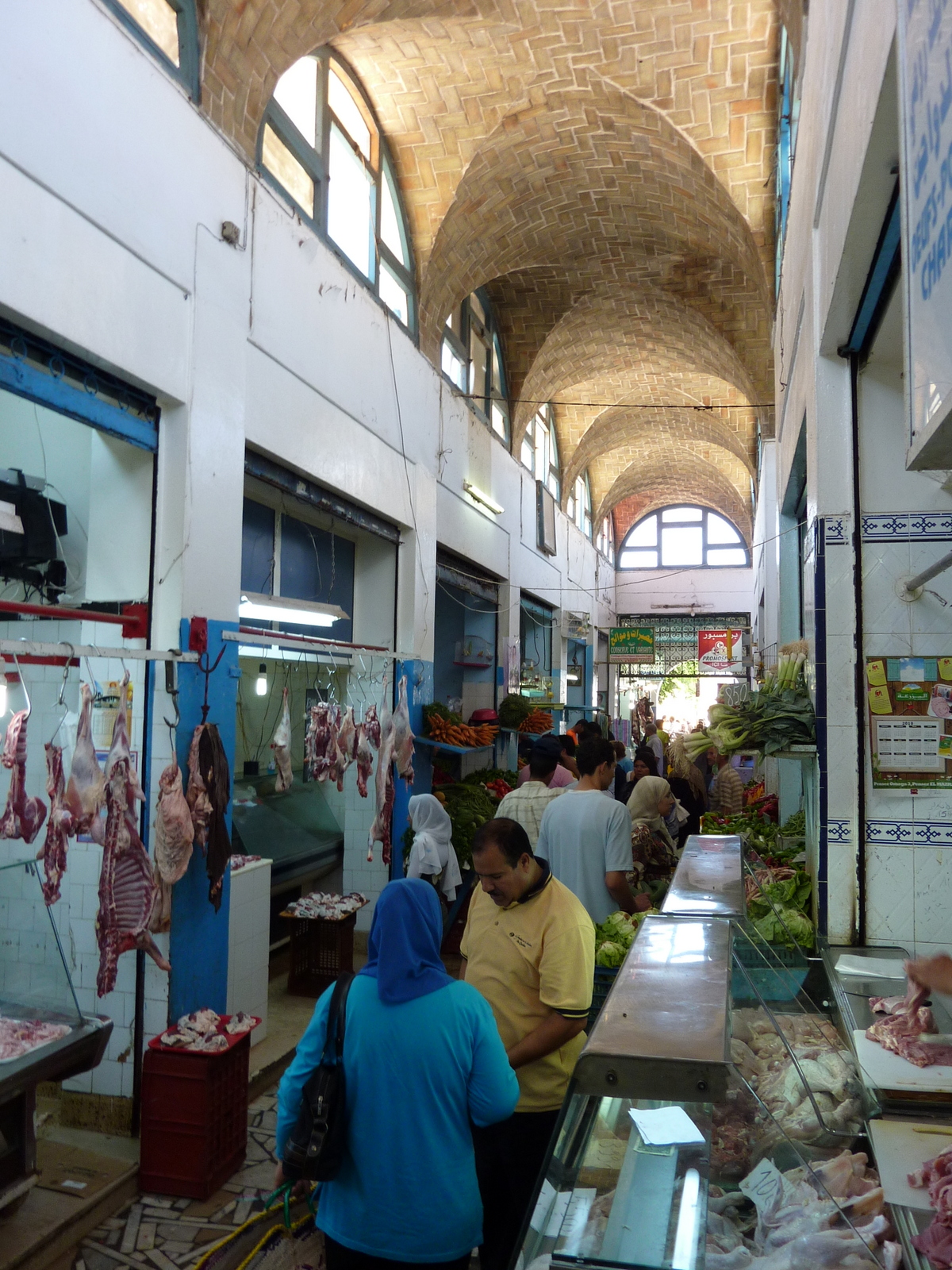 Butchers display their offerings at the local market in town 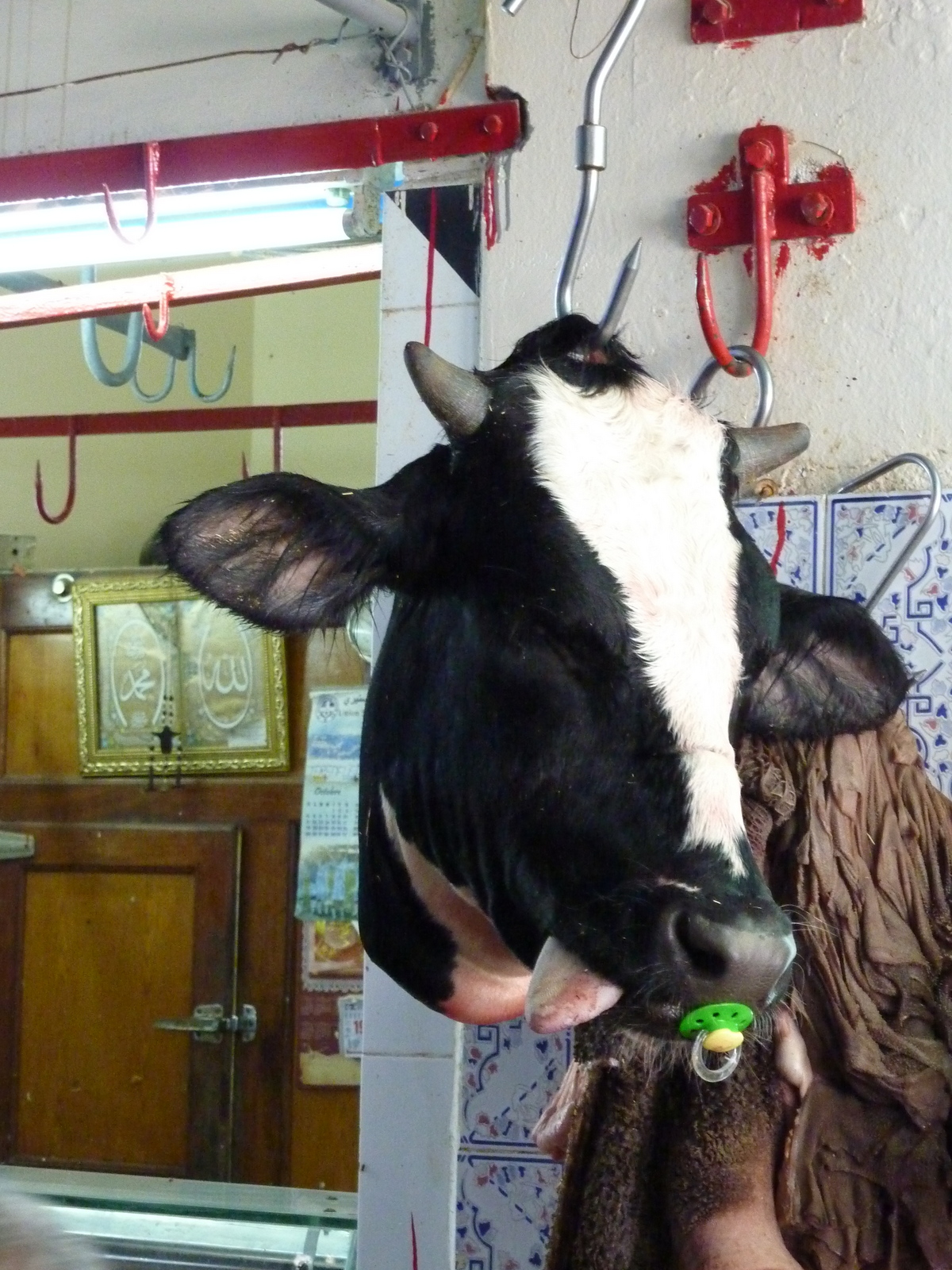 And they apparently have a wicked sense of humor 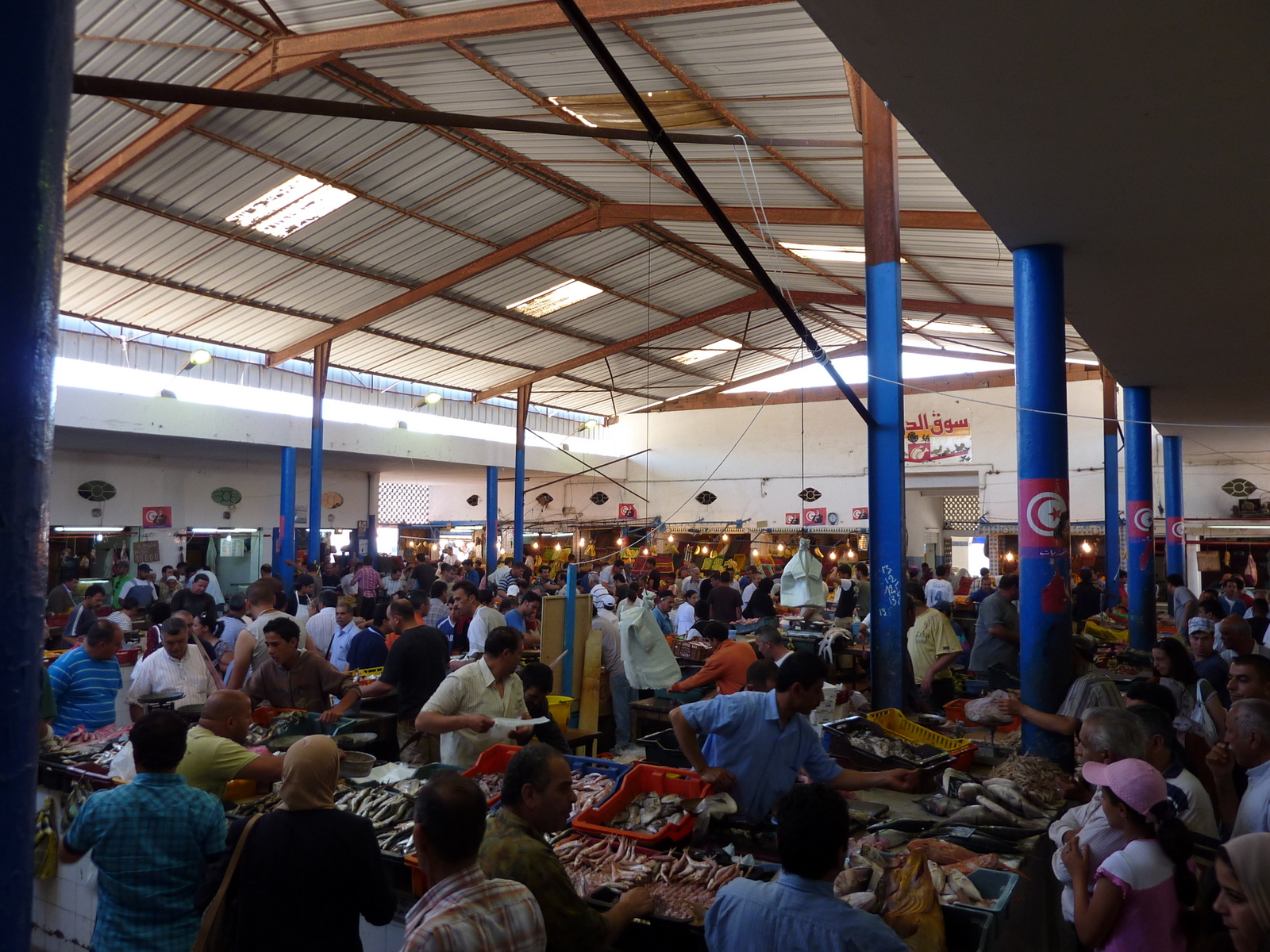 We managed to take a day off to play tourists and stroll through the Medina or old town, enjoy a coffee and sheesha at a traditional café and visit the stunning mausoleum of Habib Bourguiba, the beloved first prime minister of Tunisia who was born in Monastir. 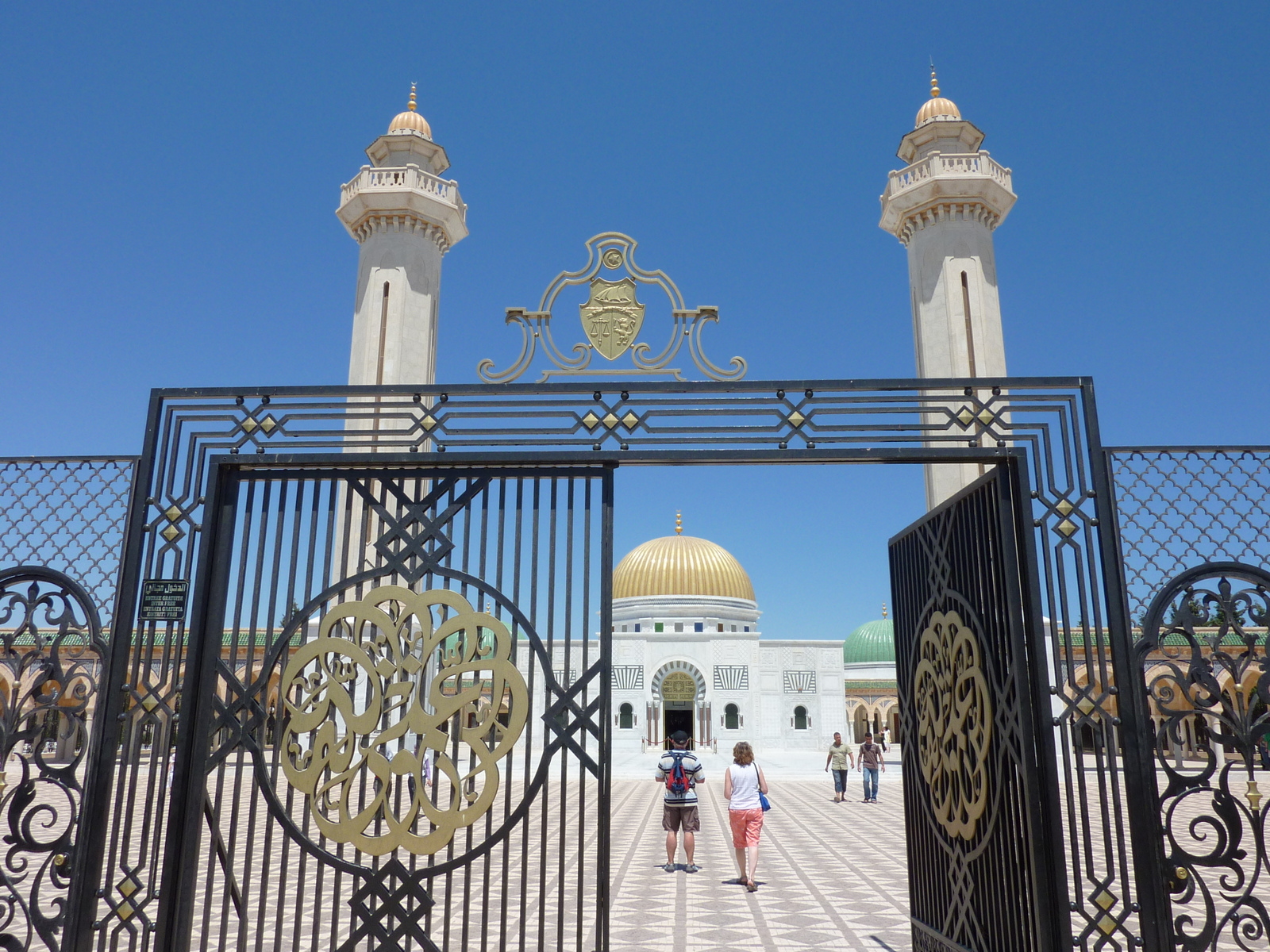 The mausoleum of Habib Bourguiba 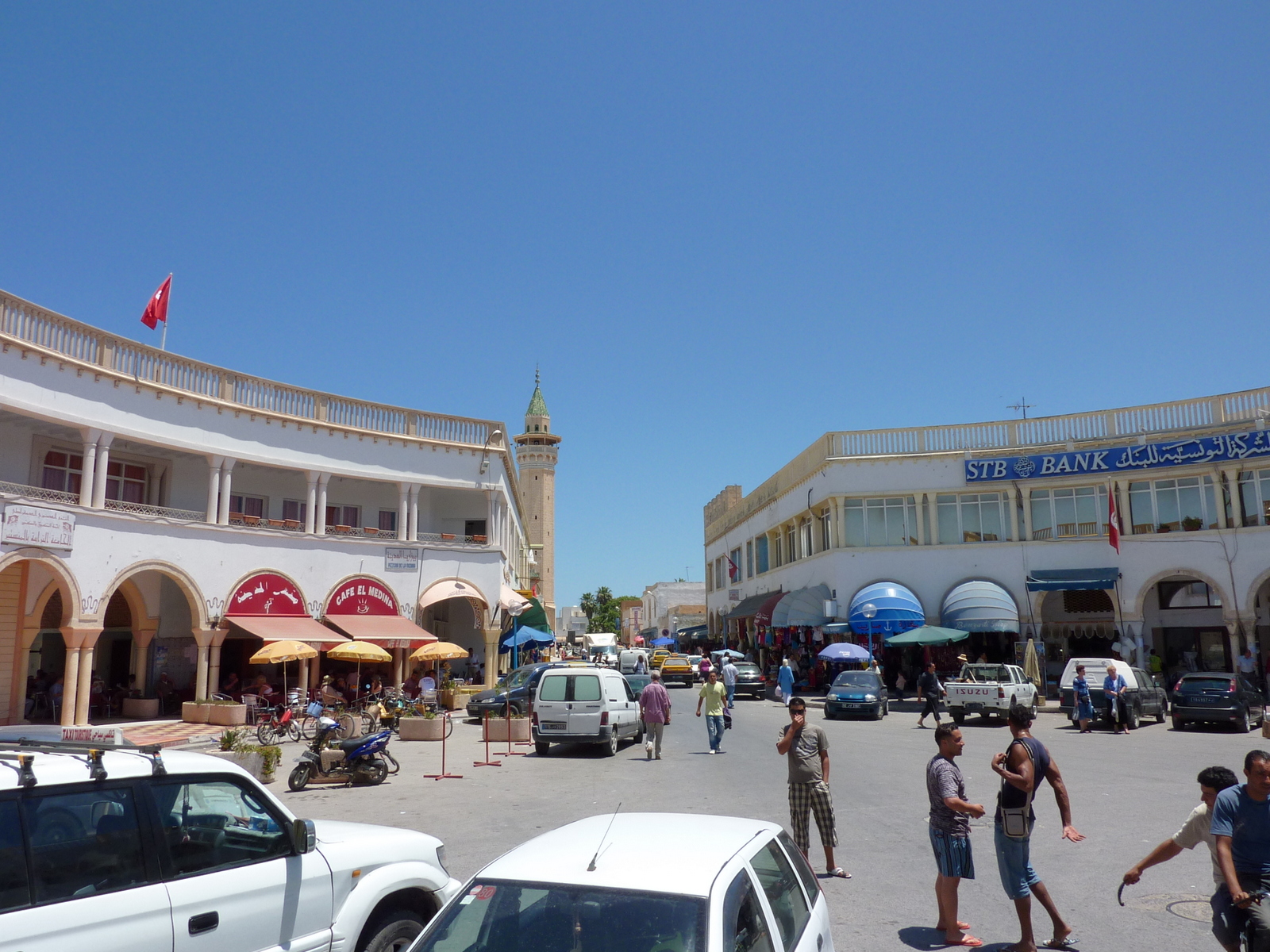 In the Medina at Monastir, with the minaret of the Grand Mosque, built in the 9th century in the background

All in all, Monastir worked well for us as a place to leave Moonshadow under care over the winter months.  The cost was about a third of marinas in the south of Italy and in Malta.  The price of diesel is roughly half that in the EU countries just a few hundred miles north.  The only complaints we had were the dust, the loud music on the tourist boats coming and going from the marina several times a day, and the fact that most restaurants required 24 hours advance notice to make couscous, the local specialty.

We are good to go and the weather is looking settled, so we’re planning to depart for the Maltese Islands, situated 185 nautical miles due east of Monastir.

This entry was posted in All Cruising Logs, Mediterranean Logs, Tunisia. Bookmark the permalink.