Cartagena and the Mainland Coast of Spain 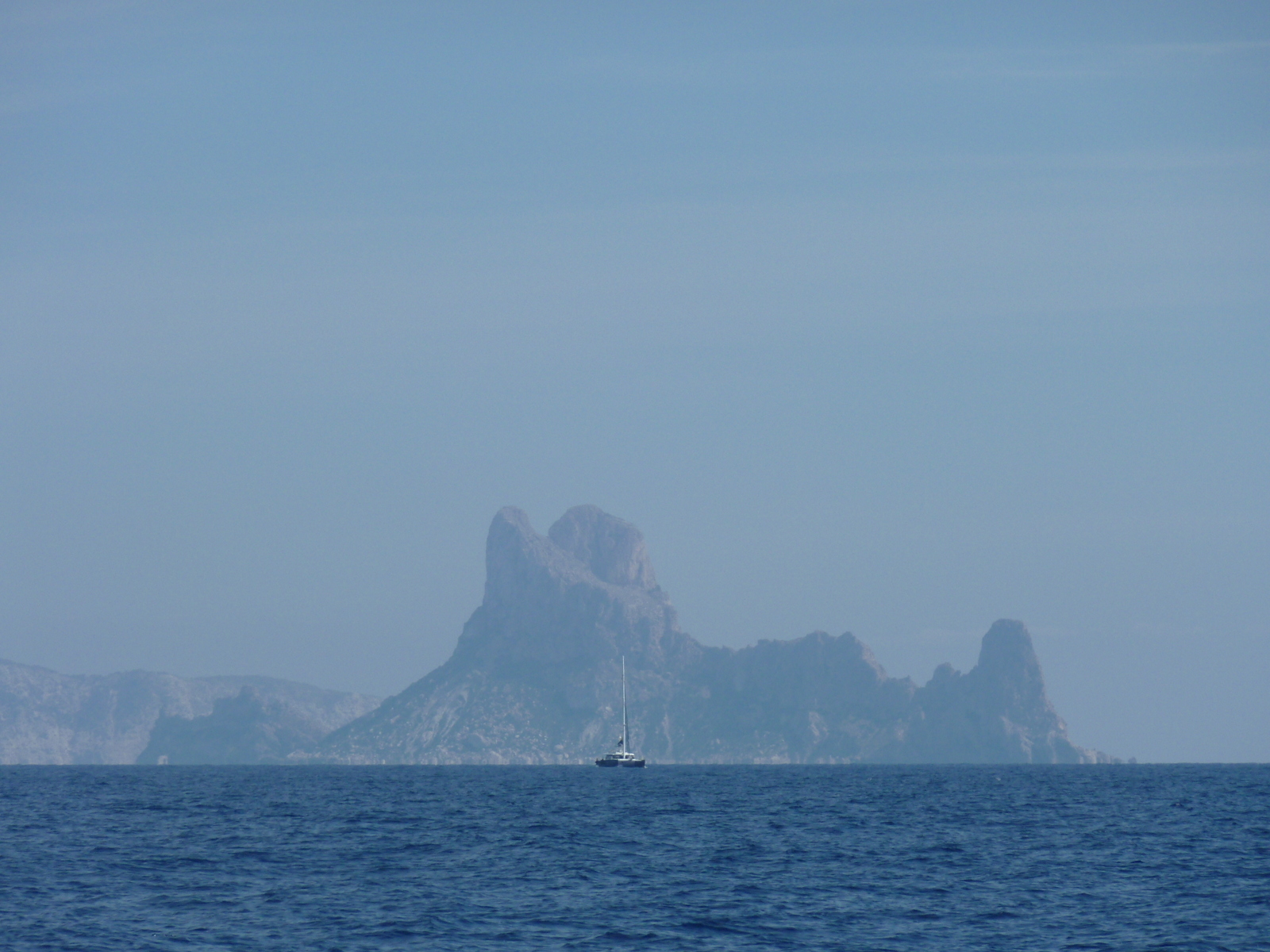 Isla del Esparto off the east coast of Ibiza

We departed Sant Antoni de Portmany on the Island of Ibiza early in the afternoon, attempting to time our passage so we would make landfall in Cartagena, on the mainland coast of Spain, after sunrise.  It was late in the season and the sun rises at nearly 0830 hours this time of the year-good if you are a night owl, but not so if you like to have a few hours of sunlight before noon.

The weather forecast indicated that we would have an easy and comfortable passage but with little wind and we ended up motor-sailing for 20 out of 22 hours.

As we headed southwest from Ibiza, we had a stunning view of Isla del Esparto, which lies just off its west coast, on our port side.  A few hours later we were treated to a brilliant red sunset which revealed the jagged outline the Sierra Nevada Mountains of mainland Spain. 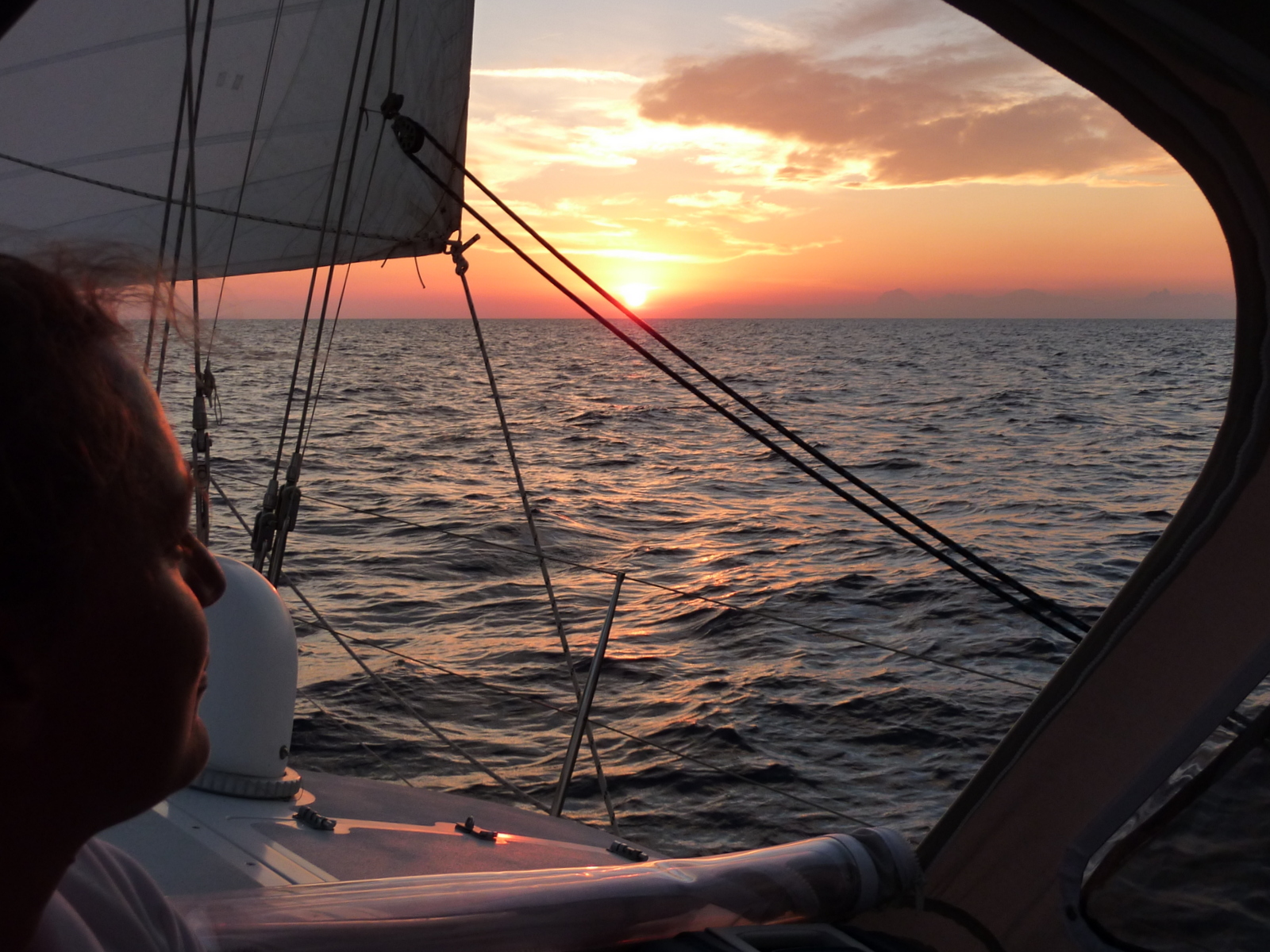 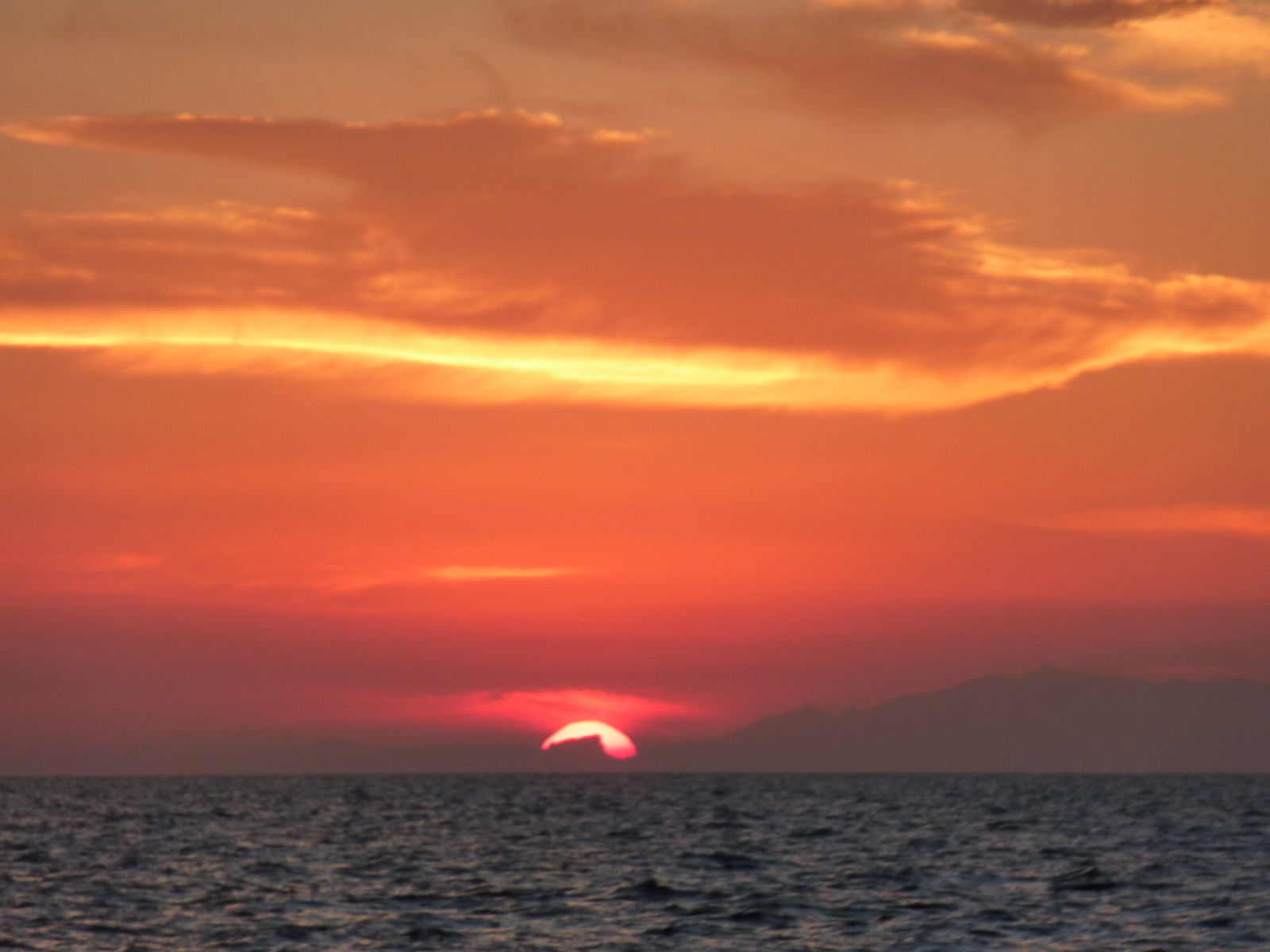 Sunset off the mainland coast of Spain

Late that evening, we crossed the Greenwich Meridian and Moonshadow once again entered the western hemisphere after having spent the last eleven years in the eastern half of the globe. 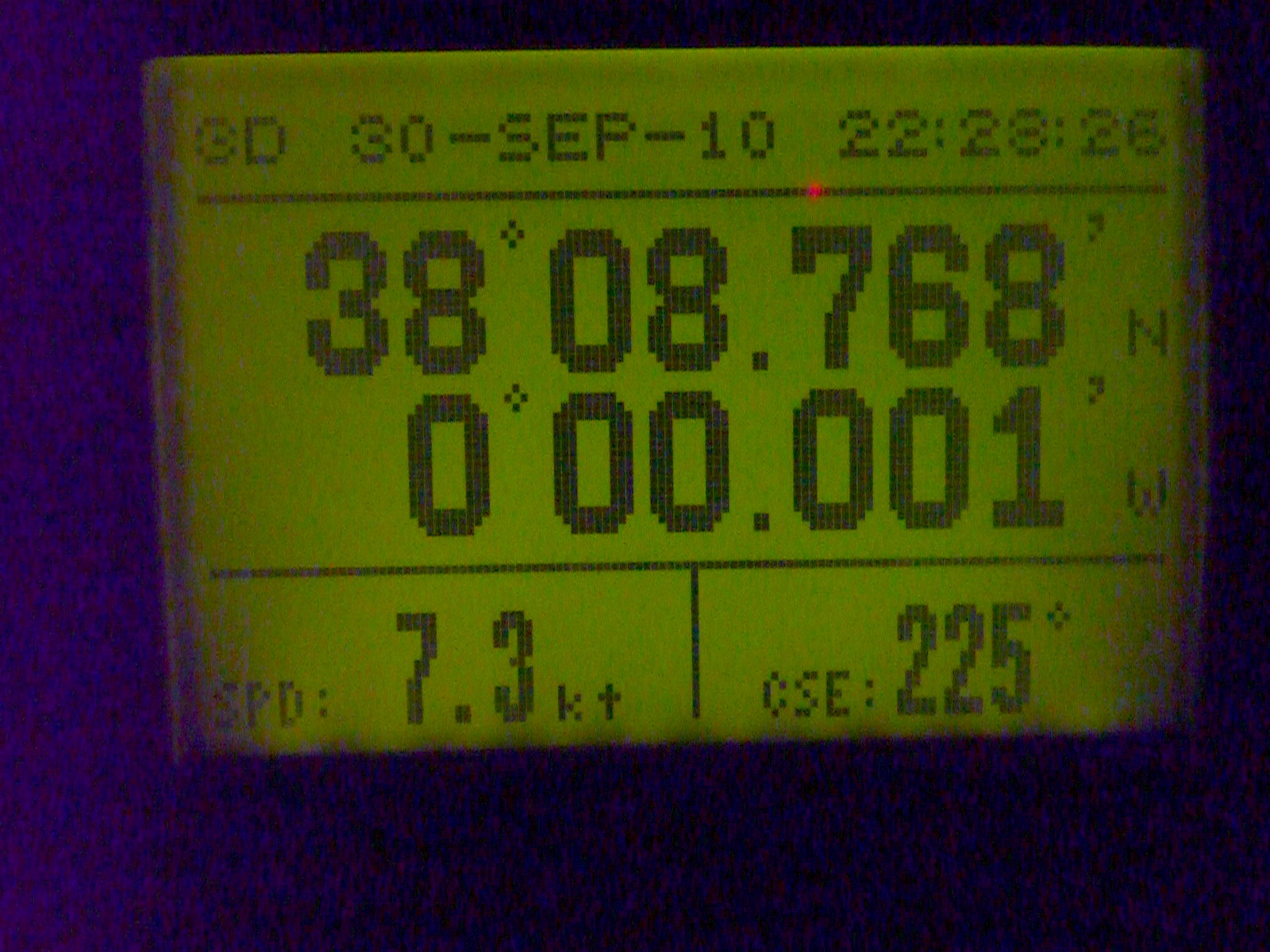 The moment we crossed the Greenwich Meridian into the western hemisphere

We arrived at Marina Port Cartagena roughly as planned at around 0900 and gave Moonshadow a long-overdue bubble bath.  It had been nearly six weeks since we had used our dock lines.

Marina Port Cartagena, like much of the waterfront, is work in progress.  Cartagena is in the process of shifting from a military installation to a tourist town highlighting its archeological and historical sites.  The broad malecón, or waterfront promenade, when it is completed, will feature a cruise ship terminal, a couple of marinas, a convention center, a museum and a number of cafes and restaurants. 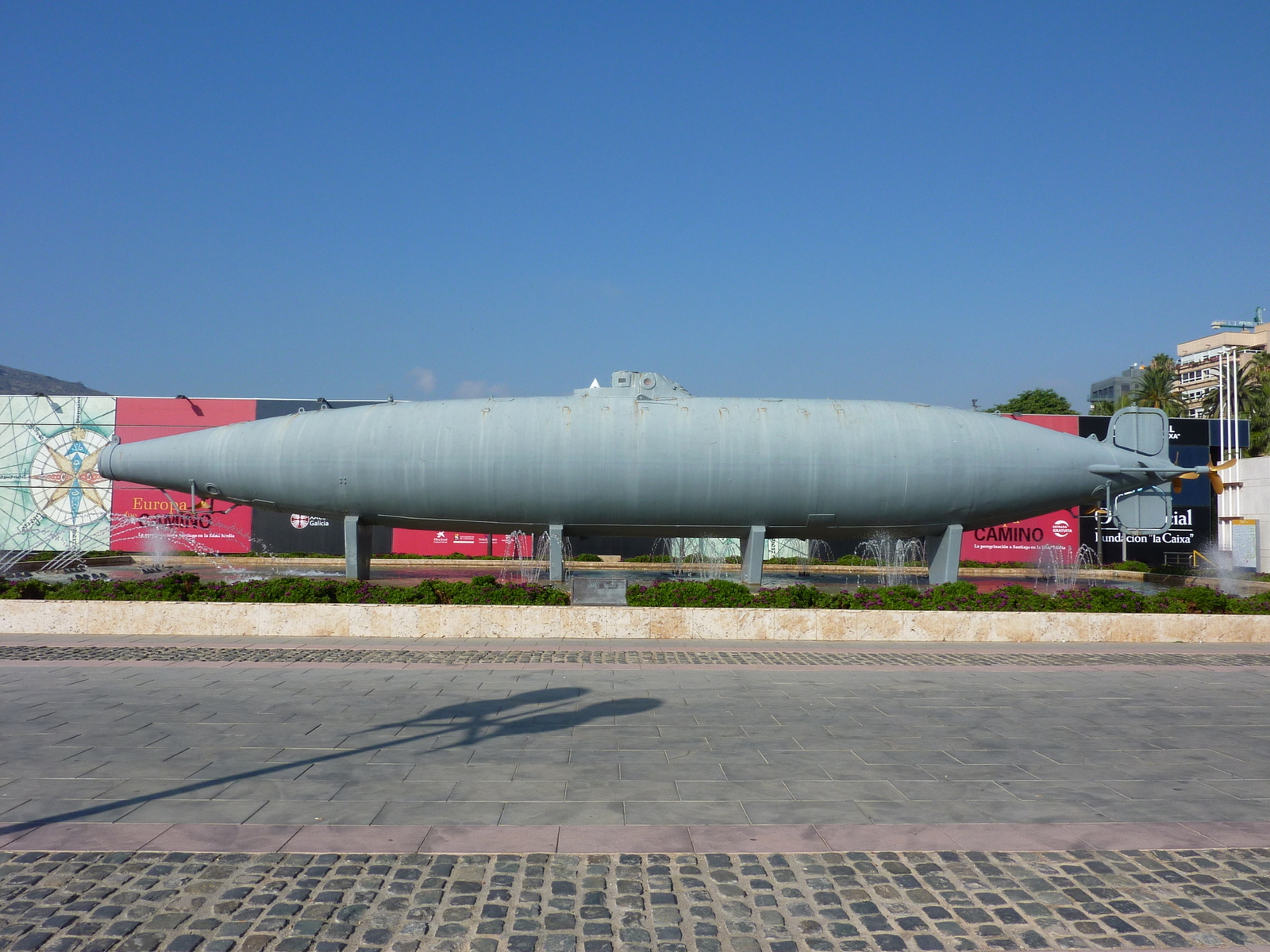 This Spanish submarine, built in 1895, is displayed on the malecón in Cartagena

We took a walk into the adjacent old quarter of town where a long and narrow pedestrian-only street meanders through beautifully restored old buildings.  At street level they are lined with upscale shops, cafes and bars. As the sun fell lower, Cartagenos came out for their evening walk, drink or meal, and children played with each other in the plazas.  We nipped into a local tapas bar for a light meal before the Spaniards, who like to dine well past 8pm, had filled the place. 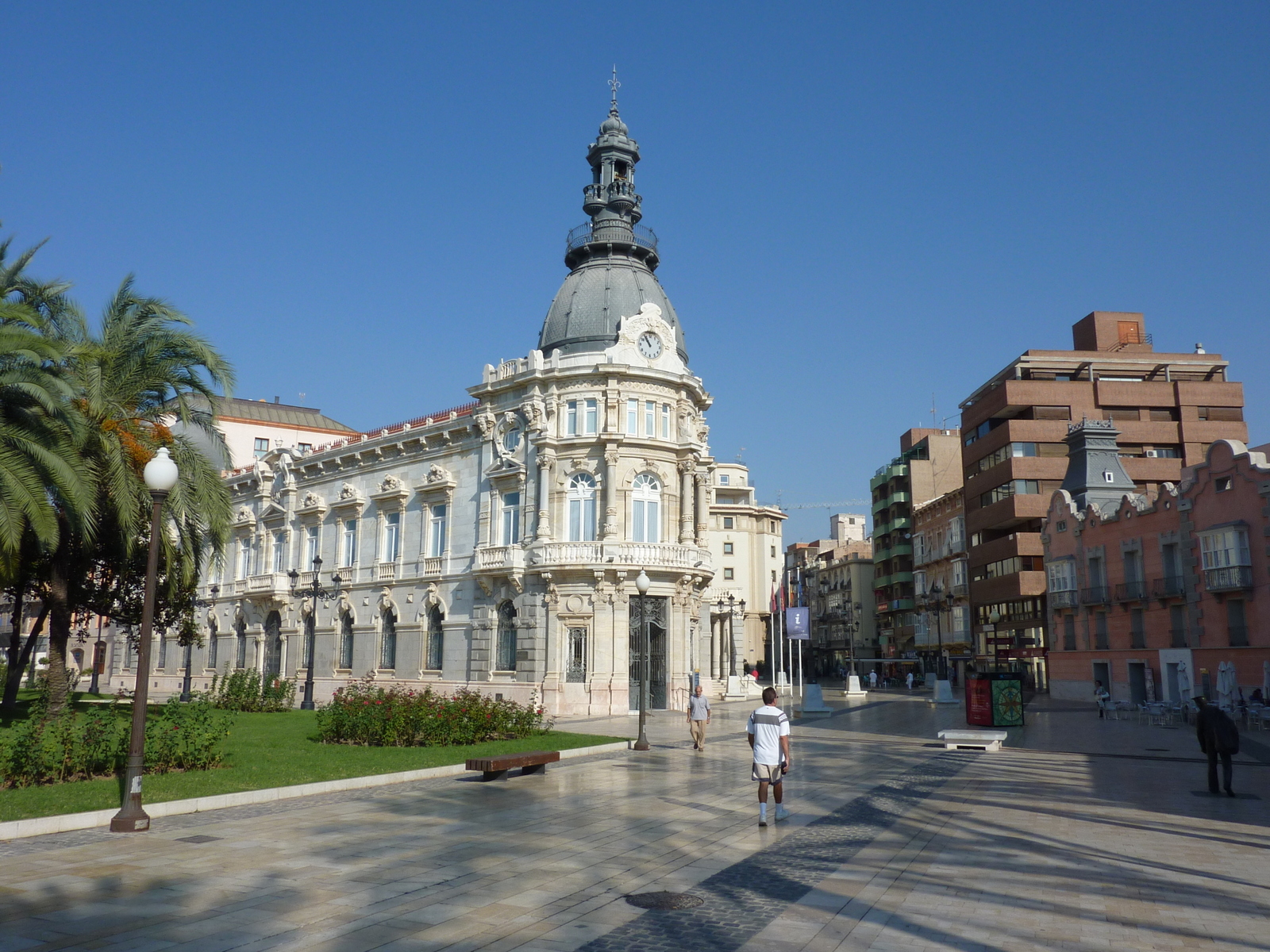 This plaza leads to the old quarter of Cartagena 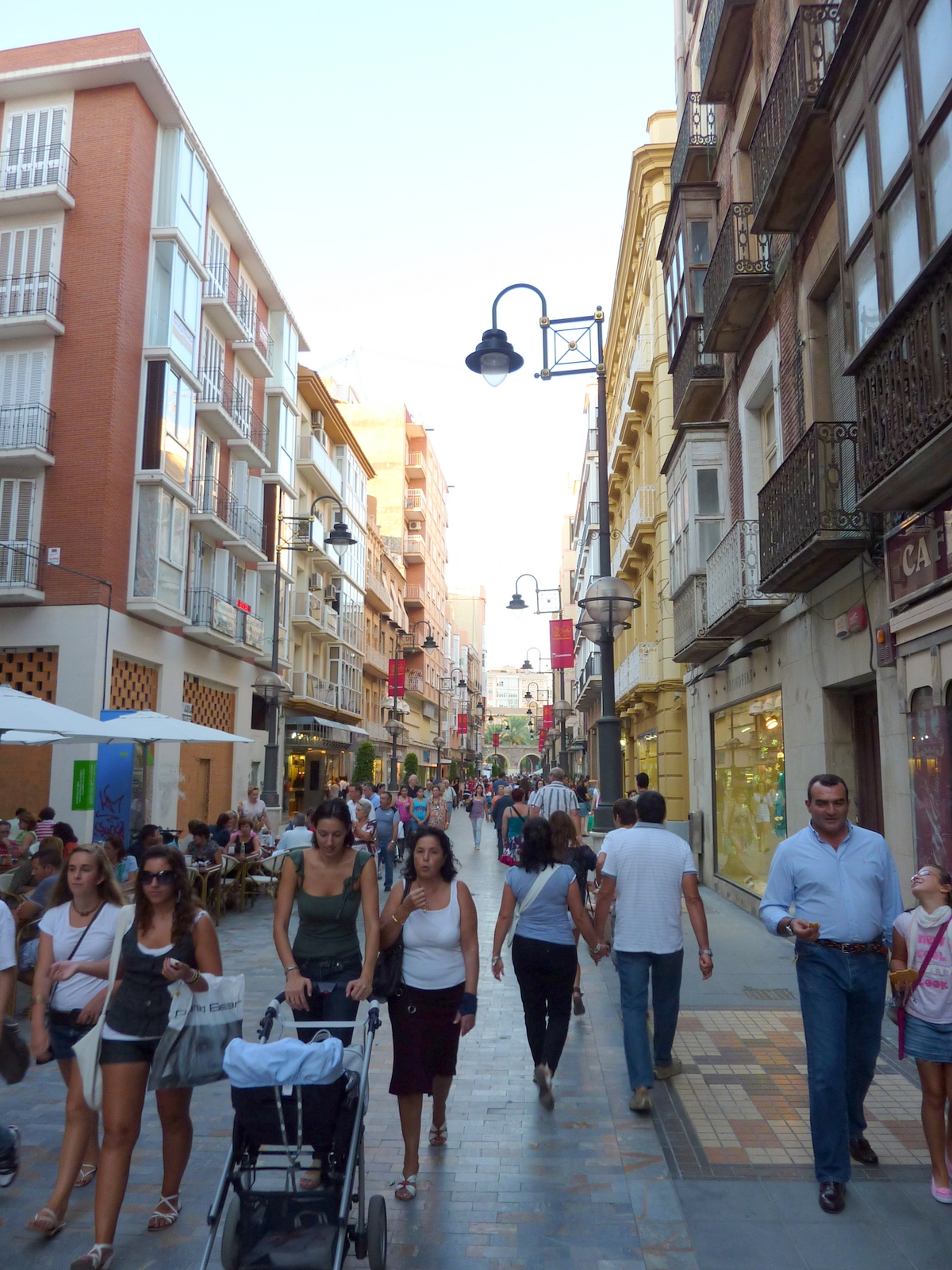 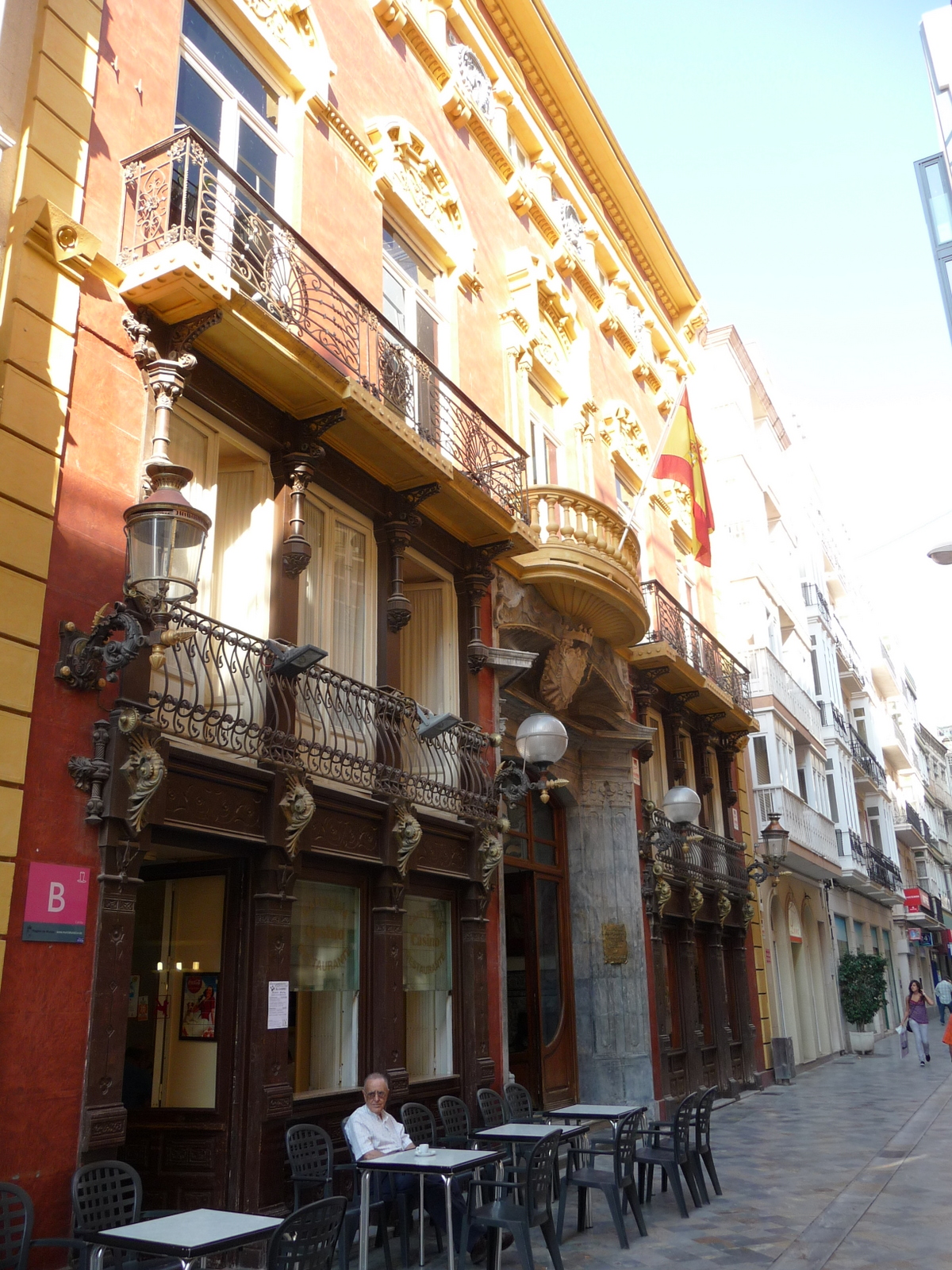 We spent a few days and evenings hanging out in Cartagena waiting for a weather window that would give us reasonable conditions to head west to Gibraltar while catching up on some maintenance, repairs and provisioning.

I was particularly impressed with the local chandler who helped me get an alternator bracket repaired.  When I asked him where I could find a stainless steel welder, he asked if I had a car.  When I told him I was on foot, he said “leave it with me and come back tomorrow at 1100.”  I returned the next day to pick up the bracket.  The welder had done an excellent job and the cost for the charge was just €8 (about US $10).

Provisioning was made easy at the local Carrefour-about 20 minutes walk from the marina-as they offered free delivery right down to the dock.

We enjoyed an excellent seafood meal with the Annie and Liam, a.k.a. “the Windies” at a local seafood restaurant located near the marina and adjacent to the local fishing boat harbor.

The prevailing winds for the western Mediterranean are generally west to northwest at this time of year, so with a period of relative calm in the forecast, we decided to make a dash for Gibraltar, which lay about 250 miles to the west.

We divided the trip up into three day hops, anchoring for the night in Puerto Almerimar the first night after covering 120 miles.  The next day we covered another 83 miles and anchored just off the town of Torremolinos.

The last day of the journey we picked up the anchor to an incredible red sunrise.  The sea was dead calm most of the way to Gibraltar, with the oily smooth water broken occasionally by dolphins breaching the surface to take a breath or play. 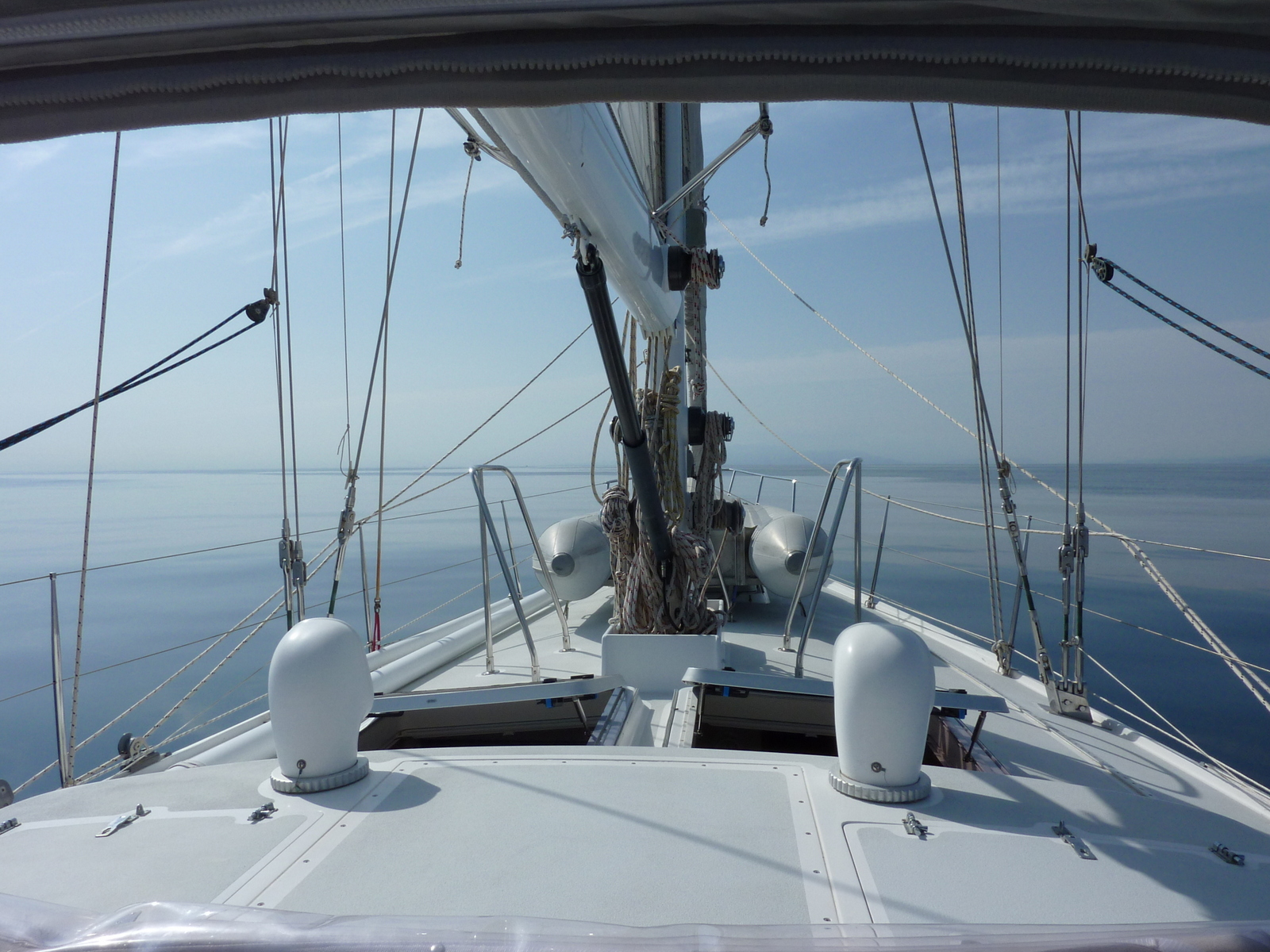 Dead calm waters on the approach to Gibraltar

About ten miles out, the Rock of Gibraltar began to appear through the overcast.  Interestingly, the profile of “the Rock” that most people come to recognize is actually seen from well inside the Bahia de Algeciras and not from the Med or the Strait of Gibraltar.

It wasn’t till we had dropped anchor in La Lìnea, the Spanish border town just north of Gibraltar, that we actually recognized it as the Rock of Gibraltar.